Here are seven brilliant books that we highly recommend for your summer reading. We are delighted to offer £1 off each of them.

Secrets of a Sun King by Emma Carroll. 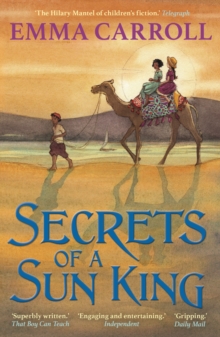 London, 1922. A discovery from ancient Egypt. A cursed package. The untold story of a young pharaoh. When Lilian Kaye finds a parcel on her grandad’s doorstep, she is shocked to see who sent it: a famous Egyptologist, found dead that very morning, according to every newspaper in England!The mysterious package holds the key to a story about a king whose tomb archaeologists are desperately hunting for. Lil and her friends must embark on an incredible journey – to return the package to its resting place, to protect those they love, and to break the deadly pharaoh’s curse .

Shiny Pippin and the Monkey Burglars by Harry Heape. 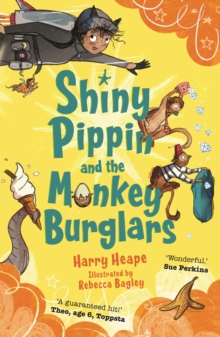 Permit me lovely readers to take you back in time. The first thing that I want you to do is to close your eyes and breathe deeply. Okay, great, now open them again very slowly.

Are you ready? Good, then let us begin. Featuring Lady Eliot! A brand new detective agency with a terrible mystery to solve! An awful burglary! Mungo’s heroics! Lady Eliot falling in love. A dazzlingly beautiful song about eggs. 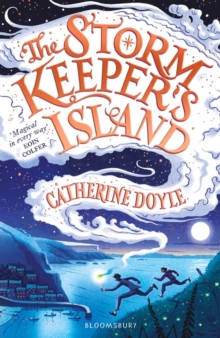 When Fionn Boyle sets foot on Arranmore Island, it begins to stir beneath his feet. Once in a generation, Arranmore Island chooses a new Storm Keeper to wield its power and keep its magic safe from enemies. The time has come for Fionn’s grandfather, a secretive and eccentric old man, to step down. Soon, a new Keeper will rise. But, deep underground, someone has been waiting for Fionn. As the battle to become the island’s next champion rages, a more sinister magic is waking up, intent on rekindling an ancient war.

The Hippo At The End Of The Hall by Helen Cooper. 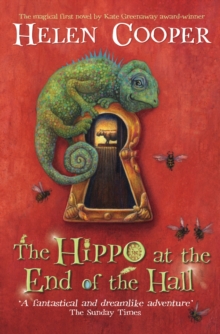 The invitation was delivered by bees. It wasn’t addressed to anyone at all, but Ben knew it was for him. It would lead him to an old, shambolic museum, full of strange and bewitching creatures. A peculiar world of hidden mysteries and curious family secrets

and some really dangerous magic. Filled with her own wonderful illustrations, The Hippo at the End of the Hall is Helen Cooper’s debut novel. 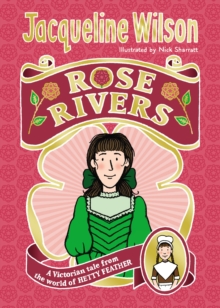 Rose Rivers lives in a beautiful house with her artist father, her difficult, fragile mother and her many siblings. She has everything money can buy – but she’s not satisfied. Why can’t she be sent away to a good school like her twin brother? Why can’t she learn to become a famous artist like her father or his friend Paris Walker? Why is life so unfair for people who were not born rich?When a young girl, Clover Moon, joins the household as a nursemaid to Rose’s troubled sister Beth, Rose finds a true friend for the first time and she starts to learn more about the world outside. Will Rose finally achieve her dreams? And will she be able to help Clover find her own dream?

The Lost Witch by Melvin Burgess 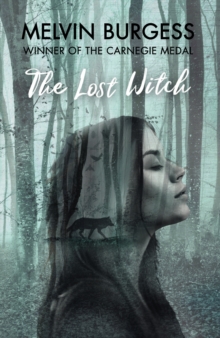 Bea has started to hear and see things that no one else can – creatures, voices, visions. Then strangers visit Bea and tell her she is different: she has the rare powers of a witch. They warn her she is being hunted. Her parents think she is hallucinating and needs help. All Bea wants to do is get on with her life, and to get closer to Lars, the mysterious young man she has met at the skate park. But her life is in danger, and she must break free. The question is – who can she trust? Melvin Burgess returns with a powerful, thrilling fantasy for young adults about magic, myth and following your instincts. 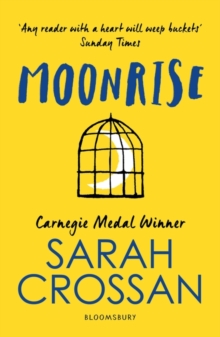 They think I hurt someone. But I didn’t. You hear?Cos people are gonna be telling you all kinds of lies. I need you to know the truth. Joe hasn’t seen his brother for ten years, and it’s for the most brutal of reasons. Ed is on death row. But now Ed’s execution date has been set, and Joe is determined to spend those last weeks with him, no matter what other people think. What value do you place on life? What can you forgive? And just how do you say goodbye?