The award-winning author of The Hate U Give returns with a powerful story about hip hop, freedom of speech – and fighting for your dreams, even as the odds are stacked against you.

Bri wants to be one of the greatest rappers of all time. As the daughter of an underground hip hop legend who died right before he hit big, Bri’s got massive shoes to fill. But when her first song goes viral for all the wrong reasons, Bri finds herself at the centre of controversy and portrayed by the media as more menace than MC. And with an eviction notice staring her family down, Bri no longer just wants to make it – she has to. Even if it means becoming the very thing the public has made her out to be.

3 For 2* on The Macmillan Collector’s Library.

These little books are beautifully produced with gilt edges, a ribbon marker, bespoke illustrated cover and cloth binding. They make perfect gifts or treat yourself to a copy of your favourite.

*  The cheapest book is free.

On the island of Arcosi, dragons and their riders used to rule the skies. But now they are only legends, found in bedtime stories, on beautiful murals and ancient jewellery. Then servant girl Milla witnesses a murder and finds herself caring for the last four dragon eggs. Forced to keep them secret amidst the growing tensions in the city, she begins to fear that the island’s ruler, Duke Olvar, isn’t all that he seems. But how can Milla and her friends keep the eggs safe when it means endangering everything she’s ever loved? Fiery friendships, forgotten family and the struggle for power collide as Milla’s fight to save the dragons leads her to discover her own. 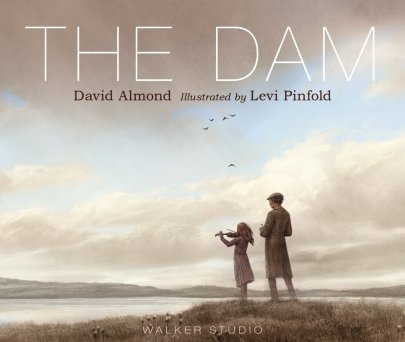 When a great dam was built by the Kielder Water in Northumberland, the valley below slowly filled with water. But just before this, when the villagers had been moved out, two musicians went back to the abandoned valley. They tore down the boards over the houses, stepped inside and started to play – for this would be the last time that music would be heard in this place. In this astonishing picture book that combines themes of loss, hope and music David Almond pays homage to all musicians, showing the ancient and unstoppable power of creativity.

Essential summer reading, all with £1 off. 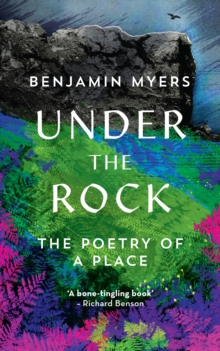 Carved from the land above Mytholmroyd in West Yorkshire, Scout Rock is a steep crag overlooking wooded slopes and weed-tangled plateaus. To many it is unremarkable; to others it is a doomed place where 18th-century thieves hid out, where the town tip once sat, and where suicides leapt to their deaths. Its brooding form presided over the early years of Ted Hughes, who called Scout Rock ‘my spiritual midwife . . . both the curtain and backdrop to existence’.

Into this beautiful, dark and complex landscape steps Benjamin Myers, asking: are unremarkable places made remarkable by the minds that map them? Seeking a new life and finding solace in nature’s power of renewal, Myers excavates stories both human and elemental. The result is a lyrical and unflinching investigation into nature, literature, history, memory and the meaning of place in modern Britain.

Suffragette: The Battle for Equality by David Roberts – – Our price £14.99 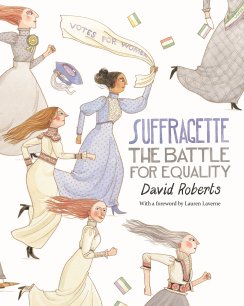 An exquisitely illustrated history of the women’s suffrage movement, created by the New York Times bestselling David Roberts and introduced by BBC presenter Lauren Laverne. The year 2018 marks a century since the first women won the vote in the United Kingdom, and Suffragette tells the story of their fight. This is a tale of astounding bravery, ingenuity and strength.

David’s writing is accessible and his artwork full of rich detail, bringing to life the many vivid characters of the women’s suffrage movement – from the militant activist and wheelchair user Rosa May Billinghurst to the world-famous Emmeline Pankhurst, Millicent Fawcett and Emily Wilding Davison. Covering the whole range of female and male suffragist experiences – from aristocrats to the middle and working class as well as a look at the global struggle for universal suffrage, Suffragette: The Battle for Equality makes a fantastic introduction to a fascinating topic. David Roberts’ exquisite artwork and clear, exceptionally well-researched text make this the perfect gift.

This 128 page book is fully colour illustrated on every page, and has been completed with advice from June Purvis, Emeritus Professor of Women’s and Gender History at the University of Portsmouth. 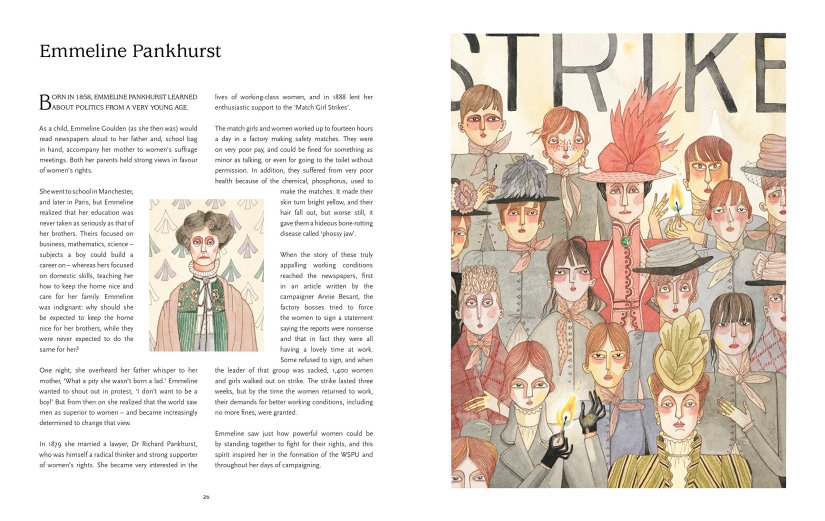 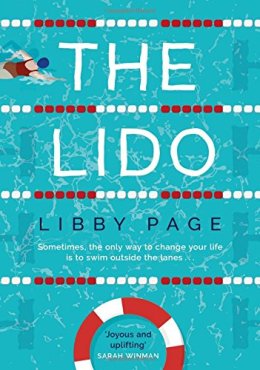 Rosemary has lived in Brixton all her life, but everything she knows is changing. Only the local lido, where she swims every day, remains a constant reminder of the past and her beloved husband George.

Kate has just moved and feels adrift in a city that is too big for her. She’s on the bottom rung of her career as a local journalist, and is determined to make something of it. So when the lido is threatened with closure, Kate knows this story could be her chance to shine. But for Rosemary, it could be the end of everything. Together they are determined to make a stand, and to prove that the pool is more than just a place to swim – it is the heart of the community.

The Lido is an uplifting novel about the importance of friendship, the value of community, and how ordinary people can protect the things they love.

Stories for Boys Who Dare to be Different by Ben Brooks and Quinton Winter – – Our price £14.99 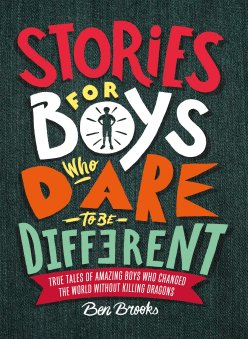 As a boy, there is an assumption that you will conform to a stereotypical idea of masculinity. But what if you’re the introvert kind? What if you prefer to pick up a book rather than a sword? What if you want to cry when you’re feeling sad or angry? What if you like the idea of wearing a dress?There is an ongoing crisis with regards to young men and mental health, with unhelpful gender stereotypes contributing to this malaise. Stories for Boys Who Dare to Be Different offers a welcome alternative narrative.

It is an extraordinary compilation of 100 stories of famous and not-so-famous men from the past to the present day, every single one of them a rule-breaker and innovator in his own way, and all going on to achieve amazing things. Entries include Frank Ocean, Salvador Dali, Rimbaud, Beethoven, Barack Obama, Stormzy, Ai Weiwei and Jesse Owens – different sorts of heroes from all walks of life and from all over the world. A beautiful and transporting book packed with stories of adventure and wonderment, it will appeal to those who need the courage to reject peer pressure and go against the grain.

Mona is a young Irish girl in the big city, with the thrill of a new job and a room of her own in a busy boarding house. On her first night out in 1970s Birmingham, she meets William, a charming Irish boy with an easy smile and an open face. They embark upon a passionate affair, a whirlwind marriage – before a sudden tragedy tears them apart.

Decades later, Mona pieces together the memories of the years that separate them. But can she ever learn to love again?

The Trick to Time is an unforgettable tale of grief, longing, and a love that lasts a lifetime.

The Unaccompanied by Simon Armitage – – Our price £8.99 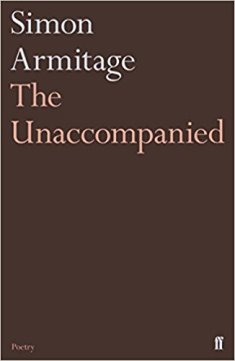 ‘The most popular English poet since Larkin.’ Sunday TimesAfter more than a decade and following his celebrated adventures in drama, translation, travel writing and prose poetry, Simon Armitage’s eleventh collection of poems heralds a return to his trademark contemporary lyricism. The pieces in this multi-textured and moving volume are set against a backdrop of economic recession and social division, where mass media, the mass market and globalisation have made alienation a commonplace experience and where the solitary imagination drifts and conjures. The Unaccompanied documents a world on the brink, a world of unreliable seasons and unstable coordinates, where Odysseus stalks the aisles of cut-price supermarkets in search of direction, where the star of Bethlehem rises over industrial Yorkshire, and where alarm bells for ailing communities go unheeded or unheard.

Looking for certainty the mind gravitates to recollections of upbringing and family, only to encounter more unrecoverable worlds, shaped as ever through Armitage’s gifts for clarity and detail as well as his characteristic dead-pan wit. Insightful, relevant and empathetic, these poems confirm The Unaccompanied as a bold new statement of intent by one of our most respected and recognised living poets. ‘A writer who has had a game-changing influence on his contemporaries.’ Guardian’Armitage is that rare beast: a poet whose work is ambitious, accomplished and complex as well as popular.’ Sunday Telegraph’The best poet of his generation.’ Craig Raine, Observer